Preparations for the annual Chinese New Year festival are galloping along! The event will again be held at Westbrook Performing Arts Center on Saturday, February 8, from 10 am to 3:30 pm.

If it’s a Chinese event, then there must be food–lunch, dumplings and snack items will be offered from food suppliers Panda Garden, BubbleMaineia and the Chinese School “Dumpling Dads.”

The USM Confucius Institute Builds Its Relationship with School Districts

With the establishment of the new Confucius Institute (CI), the University of Southern Maine (USM) will take advantage of its longstanding relationship between its School of Education and Human Development and the school districts in Southern Maine to assist the next generation of Mainers to prepare for an interconnected world. Three faculty members from USM’s partner university, Dongbei University of Finance and Economics, located in Dalian, China, are now living on the USM campus in Gorham, teaching Chinese and developing the Institute.

Here is an update on what’s happening at the Confucius Institute:

She is also holding a craft demo at the Portland Public Library on Saturday, January 25, from 2-3 pm.

A glimpse into the past: Photos of Maine’s Chinese community from the 1890s through the 1950s are now on display at Bangor City Hall. CAFAM has partnered with the Maine Humanities Council and the Maine Historical Society to select and exhibit these historic photos so that the general public gains a sense of understanding of Chinese living in Maine through the decades.

You can see the dozen photographs now on display and many other the other photographs at mainememory.net  using the keyword “Chinese.” 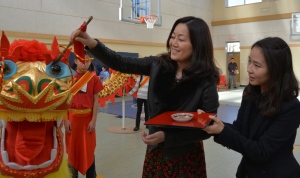 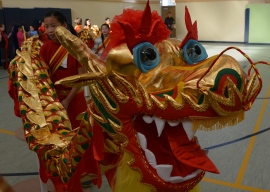 On Saturday, November 23, 2013, CAFAM Chinese School celebrated “Waking up the Dragon” at the Ocean Avenue School, Portland. The dragon is a gift from the Chinese consulate in New York. It will make its official dance debut at CAFAM’s Chinese New Year Celebration on February 8.

Fox Intercultural Consulting continues to foster new relationships between Maine and China. Here are some highlights of their upcoming activities and programs:

Amanda Szala: In her own words 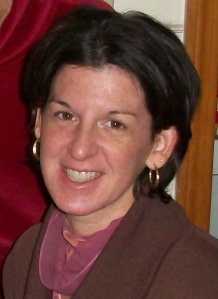 My name is Amanda Szala. I grew up in Central Maine. When I went to Thomas College in Waterville, I considered international business as a major and wanted to learn more about other cultures and learn other languages. I also had an interest in traveling to China and other parts of Asia. So I took Chinese language classes at Colby College through an exchange program and stuck with it for three years. I’ve since traveled to Hong Kong and Korea.

When I was leaving college and moving to the Freeport area, one of my Chinese teachers mentioned a contact who was involved in the Maine International Trade Center (MITC) as well as CAFAM. I attended a CAFAM meeting and, as they say, the rest is history. I have been a board member for 15 years and have helped plan and participate in many CAFAM events.

I am currently working in Finance at IDEXX Technologies. Before that, I worked for BIW and Fairchild. After work I enjoy taking care of my 55-gallon saltwater reef tank, gardening, fishing, kayaking, running and spending time with family and friends.

CAFAM has been like a close-knit extended family to me. I’ve gotten to know and become friends with those in the Chinese community. I enjoy participating in the New Year Festival, potluck parties and other events. I hope to bring more awareness of Chinese culture to others and to continue to learn from my peers on the Board and members of CAFAM.

Kwok Yeung (杨国锦) has retired twice, only to find himself embarking on a new adventure each time. After retiring from Bayer Healthcare, Kwok came to Maine in 2006 to work for IDEXX Laboratories as Vice President of Research and Development. Now that he has retired from IDEXX, he is taking on the role of CEO for Sun Diagnostics, a tech startup in New Gloucester.

Outside of his busy professional life, Kwok has found time to participate in CAFAM activities. Having joined the CAFAM board more than a year ago, he is now CAFAM’s vice president, playing an important role in raising funds for major events, such as the New Year celebration.

Kwok attributes his interest in community involvement and fundraising capability to his days as the Chief Scientific Officer at Bayer. He advocated community outreach, supporting scientific competitions and educational activities in local schools. “I’ve also got thick skin,” he jokes.

Born and raised in Hong Kong, Kwok was educated in the United States, receiving his Ph.D in Biochemistry from the University of Rhode Island in 1979. He met his wife Rosita from Taiwan when they were both studying in Indiana–he at Notre Dame and she at St. Mary’s College. As Kwok advanced within Bayer, the Yeungs and their two children moved back and forth between the Midwest and the East Coast.

Relocating to Maine has been a new challenge for the family. Kwok and Rosita are happy to see the growth of Asian community around Portland. They have built new friendships and extended their generosity to the community.

Looking confident and optimistic about his new job, Kwok believes he will lead his young company to profitability and expansion. That is good news not only for the company but also for CAFAM. We are grateful for Kwok and Rosita’s enthusiasm and contributions and hope they will stay for a long time.

The Maine China Network is starting a new New Year’s tradition, bringing lions and dragons to the mall and finishing with firecrackers at Oriental Jade restaurant.

This is CAFAM’s premier event, promoting appreciation of Chinese culture to the public

“A democratic experiment is happening in central China’s most populous city: third-grade students are electing a class monitor. Their experience reveals the sacrifices and benefits required by democracy’s implementation.”

Spaces & Places: Chinese Art from the Lunder-Colville Collection and the Museum of Fine Arts, Boston

A wide range of objects drawn from all periods of premodern China—from paintings to ceramics, textiles to sculptures

Greg Huang-Dale and family share their experiences and thoughts about life in Taiwan through a blog: www.newbamboohd.blogspot.com  As they describe it: “Our family is on a language and culture adventure in Taiwan for a year, learning about people and places that are far from us but connected to us.”

Here’s an excerpt from a January 5th blog entry:

“Hsinchu, where we live, is widely known as the ‘Silicon Valley’ of Taiwan. It is home to a lot of tech companies and well-paid engineers. You may have heard of some of these brands – ASUS, Logitech and Acer to name a few. Jenny’s university specializes in engineering and technology as well.

But between the high rise apartment buildings and along the river trail below the luxury towers, Zhubei’s original residents are working their own low tech revolution. Small community garden plots and even a rice paddy here and there offer a moment of respite from always looking up and counting floors to the sky. Instead, our focus turns to simple daily work and nutritious food raised by neighbors and feeding our need for a connection to the earth.”

We Live Right Next to the Hospital. Oh, Wait– Maybe Not.

When Son Number One smashed his forehead into a horizontal metal bar as his blissfully unaware mother cabbed the last few clicks to the airport and thence home, the bleeding and unbleeding brethren and I made our way to the hospital next door.

The building was an elderly two-story rambling affair, evidently cobbled together over the years because to get, for example, from the southern portion of the second floor to the northern, it was necessary to first descend to the ground level, then walk north and then retake the second floor by means of a different stairway. The building was also built around a number of small courtyards with discouraged trees and dingy grass growing in the hard-packed soil. But for all of its rustic qualities, it was sufficient for the tasks at hand during the decade and a half we have lived periodically adjacent.

Over the last few years the semi-abandoned office building between the hospital and the main street has been taken over by the hospital, with whole new departments and wards created. We figured this was just expansion and conquest and didn’t pay much attention, venturing into the building only when we paid visits to afflicted neighbors and friends laid up there.

But when we returned this past week and strolled west in search of luncheon dumplings, we noticed the drive that went past the tall building on the street to the older part was all torn up. We headed down the rubble over the objections of the gate guard and saw where we should have seen the old hospital a vast expanse of nothing. Gone! The whole building had vanished, the trees and grass as well, leaving several acres of bare brown dirt.

Whatever edifice replaces the old building, something taller and thus more efficient, I’m sure it will be cleaner and shinier than the old Mao era structure that came before. But I’ll miss the stubby rabbit warren that was there before. It was a comfortable building in the way that an old shabby knitted sweater with holes in the elbows and sagging pockets is comfortable. Progress, I’m sure they’re calling it. We’ll see.

“Horse,” 马 or 馬 is a beautiful character in Chinese language. It reflects the image of a horse galloping with flying mane. In Chinese culture, the horse is a symbol of nobility, class, speed and perseverance.  People born in the Year of the Horse are expected to be smart, good at communication, and aspiring for freedom and happiness. (www.hanban.com)

There are wonderful idioms and metaphors built around 马。

One horse taking the lead – usually describes a courageous person or act.

Mission accomplished upon the arrival of a horse – usually describes instant success or effect.

Ten thousand horses galloping and racing ahead – usually describes a great momentum or an energetic movement.

This year the phrase 马上 (mǎshàng, instantly) seems to have gained popularity in China’s text message vernacular, as it is the contemporary trend to want everything done instantly, including getting a promotion, buying a house, getting married or making a fortune.

Wish you all a great year of the Horse!

Because CAFAM has switched to an e-newsletter format, we are unable to mail more frequent reminders to renew your membership. If you have not paid your dues this year, please kindly mail your payment to the address below. If you have any questions, please contact Susan Lieberman at liebs@maine.rr.com.

The CAFAM newsletter is jointly produced by Cindy Han and Connie Zhu with web support from Jay Collier. If you have any questions, comments or material for the newsletter, please send them to: cindyhan09 at gmail.com or connie at ch-trans.com.