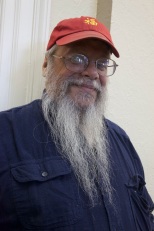 The Chinese Historical Society of New England has chosen CAFAM board member Gary Libby as one of two recipients of the Sojourner Award, which will be presented to him in November. Libby’s longtime efforts in documenting and sharing the history of Chinese in Maine earned him this honor.

The Sojourner Award is named for the early Chinese immigrant pioneers who came to America to work, facing racism and exclusion, yet helping to build this country.

Congratulations to Gary for this well-deserved recognition!

Maine-based Fox Intercultural Consulting, which promotes U.S.-China connections, has laid the foundation for a new sister city relationship with Chengdu in Sichuan province  (四川成都). In June, president Suzanne Fox met with Chengdu’s Vice Mayor Fu to explore a new relationship that would initially be based on gastronomy and art. As Portland and Chengdu are both known for their creative food and artistic communities, gastronomy and art are serving as the initial anchor to this relationship. Other areas such as education, tourism and business opportunities would naturally follow once a foundation is laid.

The purpose of this initial meeting was to obtain a letter of support for Portland’s application to UNESCO to become a U.N.-designated Creative City based on gastronomy. Suzanne met with officials from Chengdu’s mayor’s office who took her to spend the morning on a private tour of the Museum of Sichuan Cuisine (川菜博物馆) and a visit to a cooking school and restaurant. Later she met with Vice Mayor Fu who discussed forging a new sister city relationship focused on food and art. Chengdu has sister city relationships with San Francisco, Chicago and Phoenix, but not with a city in the Northeast, and none that have a specific focus on creativity.

In Maine, it’s not every day that someone with Chinese ancestry runs for public office. So it’s worth noting that Ben Chin is currently a candidate for mayor of Lewiston, Maine.

Chin’s father is second-generation Chinese; his mother is Caucasian. His grandfather came from Mainland China, and his grandmother from Hong Kong.  “They spoke different dialects, so my dad grew up hearing mostly English–so I didn’t have a prayer of learning Chinese!”

Chin graduated from Bates College eight years ago and was planning to attend seminary, but ended up getting involved with Maine People’s Alliance as a community organizer. There he works on issues like immigrant rights, health care and housing.

Chin is focused on addressing diversity: “Lewiston will forevermore be a diverse community. I am proud of my heritage, and the heritage of my Irish-American, Franco-American and Somali-American neighbors,” he says. “I am running for mayor because it’s time that all of us learned how to live well together, finding strength in our differences, not division.”

A group of Beijing-based developers plan to turn a former shoe mill in Auburn into a luxury medical tourism facility for wealthy Chinese visitors.

The Shengtong Group of Beijing purchased the factory building in July, and they plan to make the facility into a place where patients from China would come to get medical treatments. The company purchased the buildings through a Maine company it created called Miracle Enterprises. Central Maine Medical Center in Lewiston is planning to work with the facility to provide care to patients, who could number more than 5,000 per year.

For more information, you may watch the press conference (YouTube) introducing Miracle Enterprises or read this detailed report from the Sun Journal.

A CAFAM membership renewal card was mailed out last month. Have you 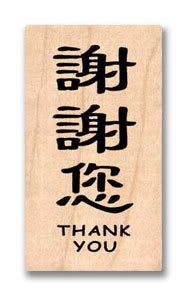 renewed your CAFAM membership this year? If not, please do so now!

For those who don’t want to use snail mail and checks for their renewal, we’ve made it easy with our new online renewal system. Just click RENEW CAFAM MEMBERSHIP to pay your dues electronically, using PayPal. We have simplified the membership renewals so that September is always the start and end of an annual membership. Please act now and renew your CAFAM membership today!

For more specific information about membership and dues, click MEMBERSHIP INFO. Anyone who is interested in supporting our organization’s efforts to promote and support Chinese culture and language in Maine is welcome to click DONATE TO CAFAM. We thank you for any amount of support!

If you prefer not to renew online, please mail your payment to the address below. Chinese and American Friendship Association of Maine P.O. Box 10372, Portland, ME 04101

Welcome the Year of the Monkey at CAFAM’s biggest celebration. Join us for the performances, food, arts & crafts and more!

A casual meeting of Mandarin speakers in the Portland area. Feel free to bring your lunch! Organized by Fox Intercultural Consulting.

The “super moon” gave us a

spectacular show the weekend of the Moon Festival (中秋节/中秋節), and CAFAM put on a wonderful celebration on September 26, with more than 80 people joining in the fun. In recent years, more students from area schools have brought fresh energy and talent to the event. 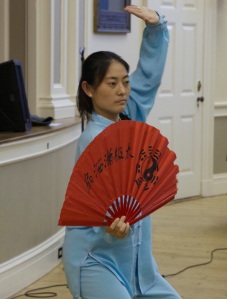 mooncakes, of course. Poetry, songs and other performances rounded out the evening. A raffle was held, and longtime CAFAM leader Craig Dietrich was the lucky winner (it must be karma for all his years editing the newsletter).

CAFAM’s Summer Picnic in the Park 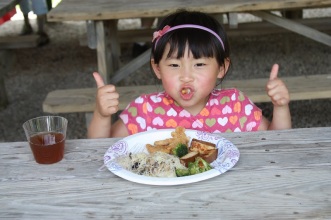 Good summer weather made for a

warm gathering of CAFAM friends and family in June at Winslow Park in Freeport, including picnic foods and kite-flying!

Taking a trip to China over the summer was doubly meaningful for Meilin Brodeur. A junior at University of Southern Maine—and CAFAM’s youngest board member—Meilin was adopted from China as an infant, so traveling back was an act of reconnecting with her roots. But the trip was even more significant because this time Meilin was giving back to her home country by volunteering at two different orphanages. She went as part of a program led by psychologist Deb Como-Kepler, who has two daughters originally from China.

At the first orphanage outside of Beijing (北京), Meilin and fellow students interacted with the children, from babies to 5-year-olds, and helped with tasks like cleaning cribs and bathrooms. At the second, in Dahua (大化, which is near the border with Vietnam) she engaged in activities with the children, some of whom were teenagers—many of them with troubled backgrounds.

“I’d like to go back to the place in Dahua, because they really need more support,” says Meilin, who is majoring in social work. “It definitely has added to my passion for wanting to help people in need.”

Meilin was adopted from China by Mary Tennant and Roger Brodeur when she was 6 months old, and her parents soon exposed her to Chinese culture by attending a CAFAM Chinese School event. After years of the Chinese School classes and participating in CAFAM programs, Meilin was welcomed to join the board 2 years ago.

She has always been aware and proud of her cultural identity. “When I was little, I would tell people I was Chinese. I even wore traditional Chinese dress in school pictures,” she laughs. “Now I know that not only am I Chinese and American, I’m also French and Irish, which is what my parents are.”

But after this last trip to China—her fourth time there—she feels a deeper connection than before. “I felt like I was going back to the place where my roots are. Maine is home, but China is my second home.”

This e-newsletter is provided to CAFAM members and is edited by Cindy Han and Connie Zhu (who has returned from a year in Taiwan), with technical support from Jay Collier. If you have any questions, comments or material for the newsletter, please send them to: cindyhan09 at gmail.com or connie at ch-trans.com.